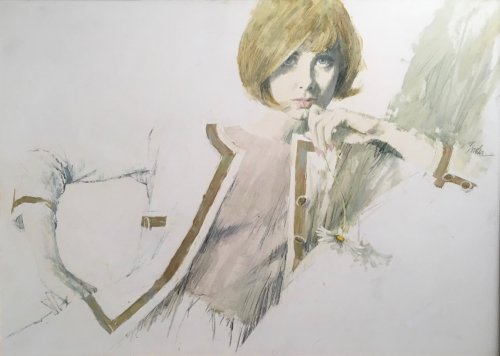 Description: Woman in white with daisy

Comment: I don't really like to think of all the great illustrators who've died in any particular year. It's too depressing, especially as the ranks of people who knew the same people that I did also invariably shrinks. The industry lost one of the best and nicest members of the profession recently in the person of Joe Bowler. This piece dates to 1963… and it speaks so eloquently to what was going on in the upper-tier magazines of the day… the composition would surely have dominated the pages.

Update: I just received an image of the magazine spread from a Facebook friend…  McCall’s August 1963… I told you she’d be dominant.