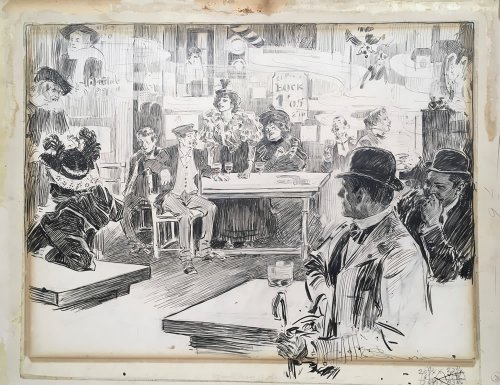 Comment: I think that it's fair to say that the standard for American pen and ink illustrators of the late 19th and early 20th century is without a doubt Charles Dana Gibson. He was a celebrity back in the days when an illustrator could be one. His deft lines and observational skills made him the Toast of the Town… in a sense, WHICH town didn't matter. Here he is recording the goings-on in Paris just prior to the turn of the century.