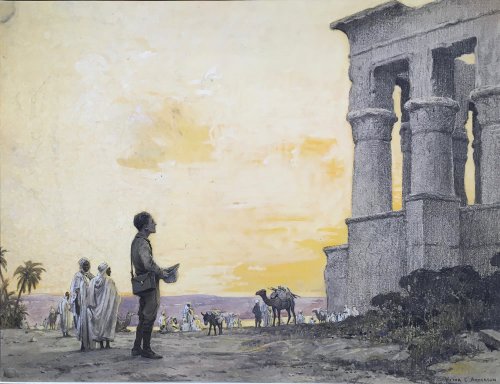 Comment: If you've spent much time paging through magazines of, say, the 1910's and 1920's, you know that too much of the illustration of foreign locales devolves to the stereotypical depiction of the locals and the, usually, heroic explorer. This piece… though I've never been to Egypt… does not suffer from these shortcomings. A wonderfully appealing picture by someone who, I think, is often given short shrift in the histories of American illustration