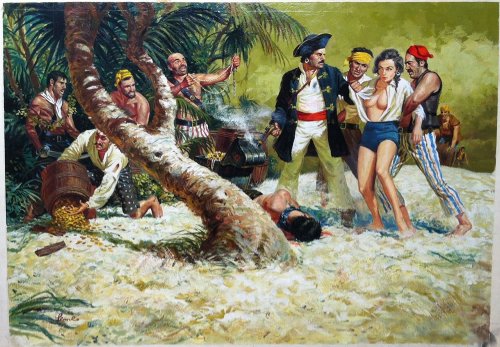 Comment: Initially appearing, as it did, in full color and as a double-page spread at that... this John Leone illustration was clearly deemed “a cut above” most of the sweat magazine material even as late as the late-1950’s. That said, Argosy was certainly among the top ranks of such publications and Leone among the top practitioners. Personally what I love about this piece is the fact that Leone changed the captured figure allowing for a second lucrative usage. Includes a copy of the earlier magazine.